Website redesign for a local Building company in Brisbane. Blueneer needed a new web appearance which represents them as the building company they are.

Job to be done

Blueneer needed help with rebranding, web design and raising brand awareness. They had short “startup” deadlines and had experienced lackluster results from other design companies.

The homepage concept was built around the idea of instantly giving a strong and quick impression about the brand identity. That included introducing the customers to the simplistic brand tonality itself.

During our first meeting I learned that Blueneer previously had worked with a number of businesses and private clients. For this reason the website has to speak to both, private clients (B2C) and commercial clients (B2B).

Blueneer, previously operating as DJH Constructions, was hiring me to help rebrand their business and also design a website that is easy accessible to both of their target audiences. Our goal was to create a great user experience. We measured success by a decreasing bounce rate & an increasing conversion rate of their leads.

In order achieve the best result, I designed two different versions of Blueneers new website which were tested by their target audience. The results showed clearly that Version B had a higher conversion rate. This indicator helped with the final decisions regarding the design and thereafter I built a mobile version of the design, which I then started creating in Webflow.

The overall bold statement is created by the use of blue shades that I've also used in the logo. It was important to implement project images to inspire the audience of Blueneers potential without any distractions. As a result of the desirability test Version B outperformed Version A, hence why  I followed the strictness by using a closed grid.

To create consistency, I only used two different fonts. I opted for Termina for the logo - a strong and clean font that adds character to their brand. As a body font I used Avenir - Avenir Medium for headings and Avenir Book for paragraphs.

The UX strategy was driven by the goal of opening a conversation with customers and hooking them onto the brand. The website concept consists of a modular system to remain flexible for future iterations. 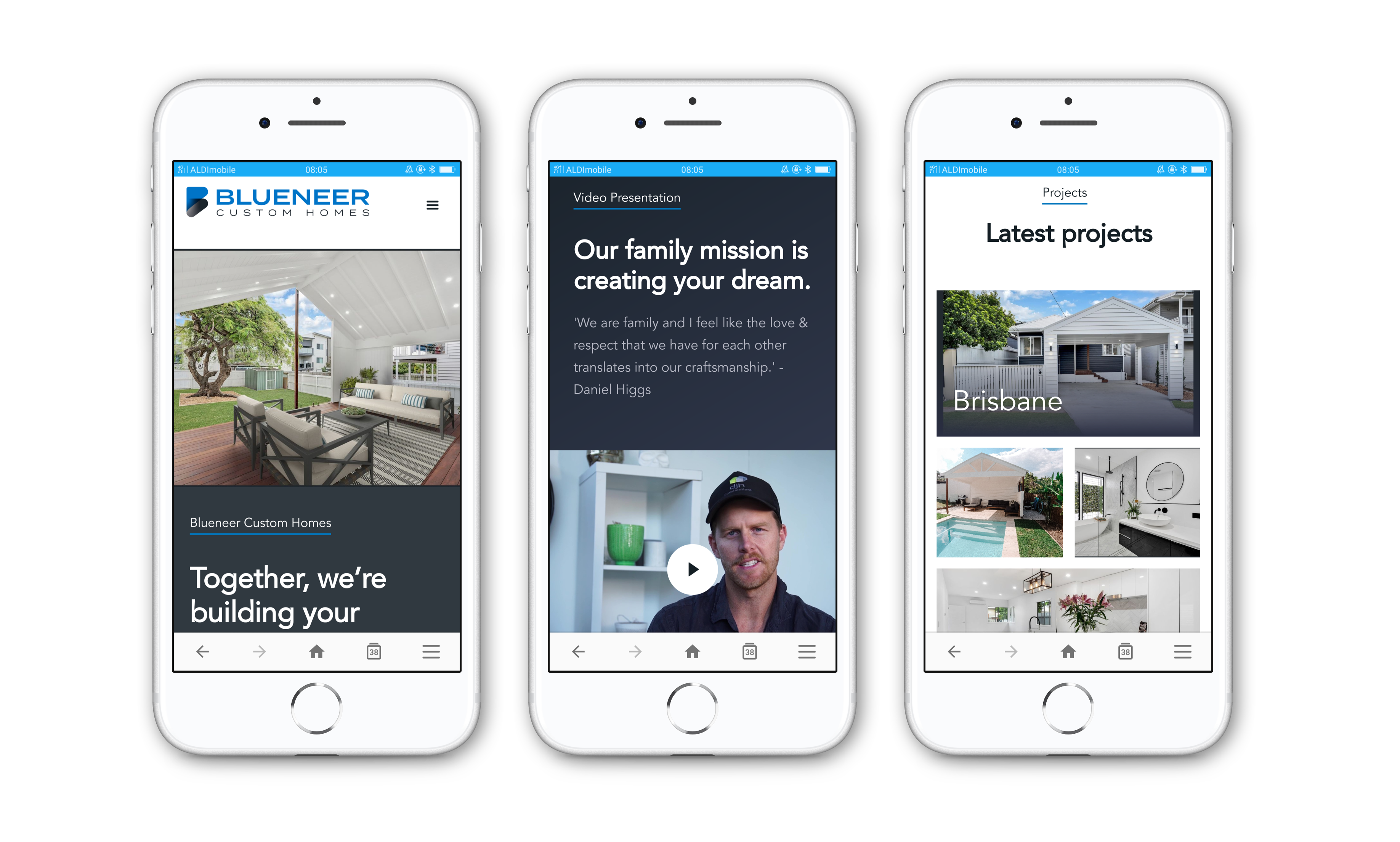 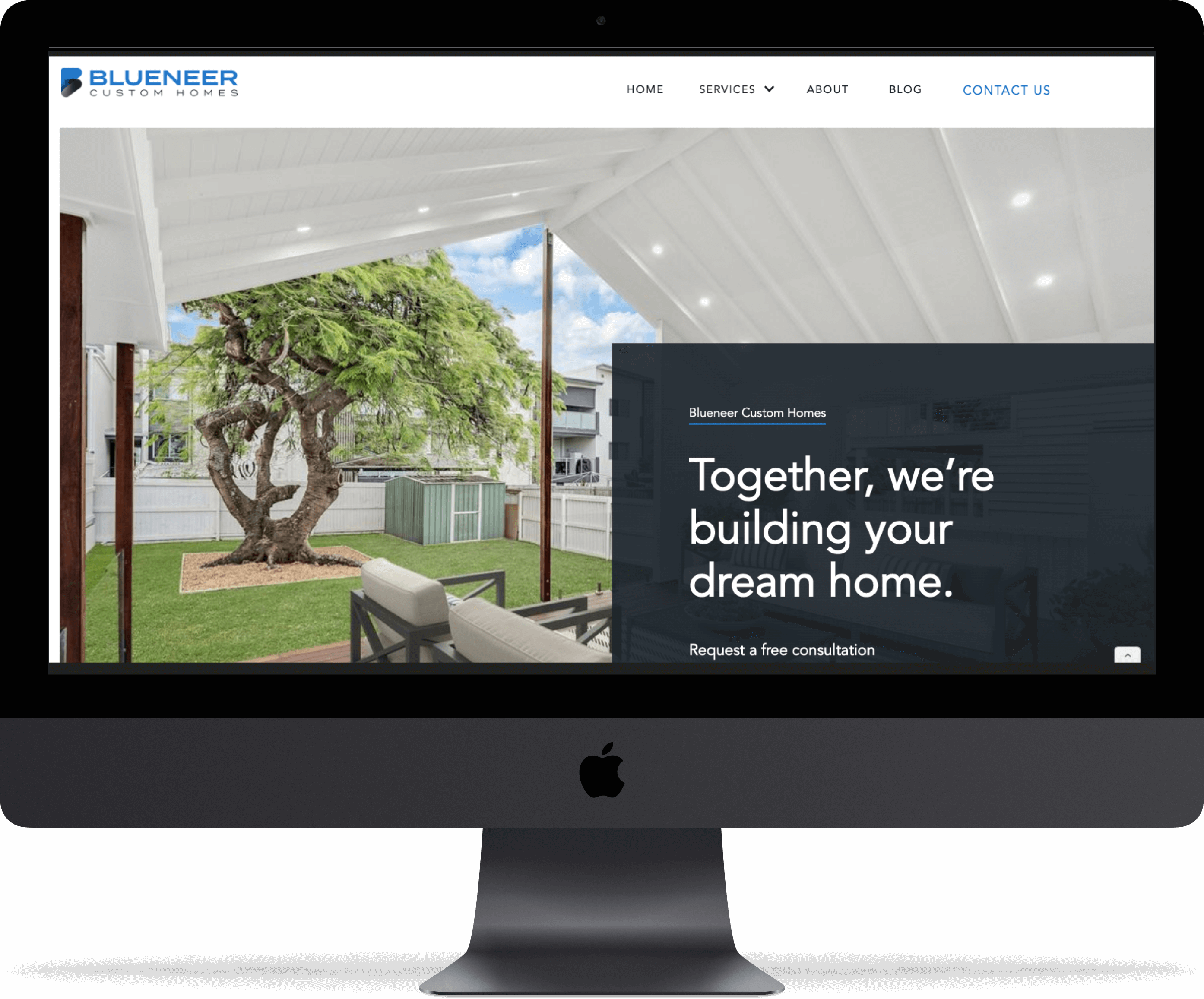